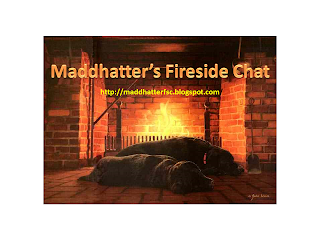 Did I just say something wrong?  That was the feeling I got when I mentioned, in an interview for a teaching position, that I had discovered the value of Twitter to enhance my teaching knowledge.   While no words were spoken, the silence in the room spoke volumes.  I felt the need to clarify my statement, so I expanded on my recent Twitter experiences.  I spoke about the people I have “met”, about the new technologies these new “friends” introduced me to, and the knowledge I gained.  I am not sure how impressed the interview panel was, but my explanation served to make me feel better about my opinion of Twitter.


Twitter has introduced me to so much in the last week or so, in fact I can’t remember everything.  I was introduced to Mystery Skypes and WeVideo.  I was informed about EdModo and EDUClipper.  I was shown how to use LiveBinder and Perzi.  I was also introduced to EdShelf, Edsurge, Schoology, Evernote, WikiSpaces, Kidblog, PlanBook, and Sotria.  I am sure there are more, but you get my point.  Just to put this into perspective, I took an “Introduction to Technology in Education” course at the community college.  The course was 12 weeks and I learned about exactly one new program, Webquest, during this course

These new programs alone would justify Twitter as a valuable educational tool, but it didn't stop there.  I was introduced to many great minds from the world of education.  People like Will Richardson, John Maravec, Gary Stager, Sylvia Martinez, and Ken Robinson are now in my network.  Even the amazing Steve Spangler is following me; no way that happens in the “real world”.

These connections have led me down some amazing paths that I would have never known about just two weeks ago.  I have viewed tremendously informative PodCast such as TechEducator and EDUCamp.  I have been introduced to the world of TED and YouTube University.

The power of networking should never be overstated and Twitter is simply the most powerful method of networking available.  I was sold on its power just minutes after creating my account.   Overcoming the stereotypical image Twitter holds will not be easy, but if we convert one at a time (like me) the value will soon be embraced by many more.
Posted by Unknown at 4:04 AM